These two video tutorials by Tripp Dudley will get you off to a great start playing frame drums and frame percussion. By learning the basic strokes you will be playing frame drum rhythms and jamming with your friends in no time. The Frame Drum Tuning Tutorial will also give you a valuable skill which you can use any time you encounter a tunable frame drum and can be applied to other tunable drums as well.

The main rhythm tutorial was taught on our new 18″ Tunable Frame Drum which is now available in the Didge Project store. This is an amazingly versatile instrument that can be tuned to a wide range of tones. It features a cedarwood body, goatskin head and durable metal tuning hardware. 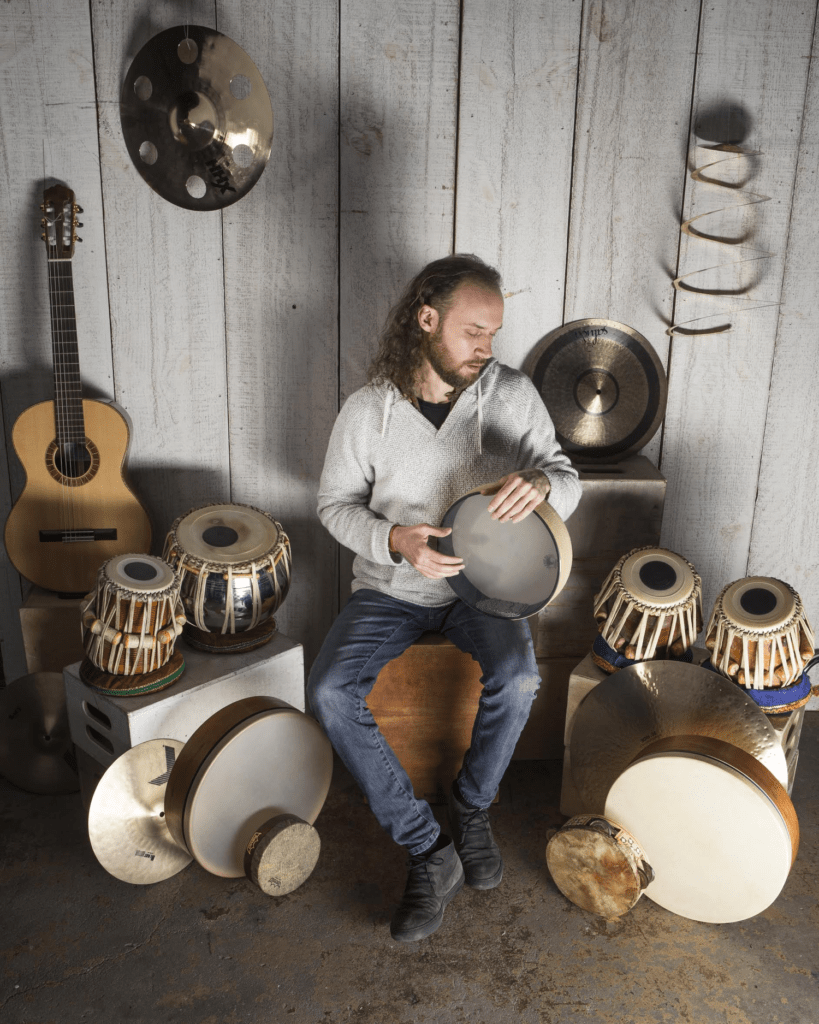 Tripp Dudley is a drummer, tabla player and percussionist based out of Brooklyn, NY. His deep groove and virtuosity across multiple instruments have paved the way for his many journeys around the world with many different musicians. At the age of 10 he started playing guitar, and not long after that he began playing classical percussion with his school band. He soon learned how to play drum set and then started the all day playing sessions that would fill his life for many years to come. At 20 Tripp began attending Berklee College of Music, specializing in drum set performance and frame drums. He quickly started studying Indian rhythmic systems which began a very big part of his future path through music. At 22 he started playing tabla, which has been at the core of his musical practice ever since. Tripp moved to New York City in 2007 to pursue his journey into the professional musical world. During his years in New York, Tripp worked with musicians from many different genres – prog-rock/metal, hip hop, funk, jazz, singer-songwriter, Indian classical, many different world-fusion groups and even the occasional off-Broadway musical. In 2009 he met his Guruji, tabla maestro Pandit Samir Chatterjee. Tripp currently tours the world over with many different artists. When not on tour he spends his time in the magical bustle of New York. He remains a disciple of Pandit Samir Chatterjee. Some of the artists that Tripp has shared the stage and recorded with are: Simrit, Jai Jagdeesh, Bolé, Beth Nielsen Chapman, Snatam Kaur, PHWG, Mirabai Ceiba, Pandit Samir Chatterjee, Dan Weiss, Ezra Landis, Shannon Hayden, Jared May, Maartin Allcock, John Ragusa, Kevin Nathaniel, Salieu Suso, Salif Bamakora, Adam Rudolph’s GO: Organic Orchestra, Matthew Schoening, The Guruganesha Band, Copal, Letha, Highly Kind, and Tablaphilia, to name a few. He also has his own Afro-Indian fusion project called Kaleidhaphonic. 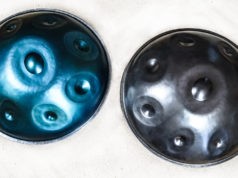 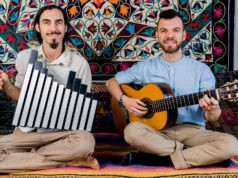