The drone is a simple yet mystical sound, which can be found in many sacred music traditions of the world. From a spiritual perspective the drone is often described as a doorway to for both player and listener to enter the higher levels of consciousness. Music traditions that feature drones can be found in India, Arabia, Persia, China, Tibet, Tuva, Australia, the Americas, the Mediterranean region, Africa and beyond. Drone music can be found in all four major classes of instruments: woodwinds, brass, percussion and strings.

Essentially a drone is a sustained tone based upon one fundamental frequency. This foundational pitch can be thought of as a single note that is extended for a long period of time. Each drone gets its unique sonic character through a combination of overtones, higher frequencies that sound like they are dancing at the top of the sound spectrum.

Traditionally, the geographic range of drone instruments was limited to a small radius from point of origin or active practice. In today’s connected world, most of these instruments can be purchased online and utilized for your own music making and gratification.

Here is an overview of drone music and instruments that are utilized in sacred ceremonies and rituals around the world.

The didgeridoo is a sacred wind instrument given to humanity by the aboriginal Australian people. Its traditional sound is characterized by a drone with slight variation in frequency according to jaw position. The didgeridoo player can have a high level of control of the overtones using tongue, cheeks and throat.

The gong is a metal disc shaped percussion instrument with sound characterized by many harmonic layers happening at the same time. Each gong is pitched at one fundamental frequency and is made with a “secret” combination of metals. Its earliest known use can be traced to China and Southeast Asia, where there are records of its use for meditation and healing. Gongmaster Don Conreaux says the gong is “an engine of power releasing tone resonance and complex harmonics that are transferred to the recipient.”

The singing bowl is a metal or crystal bowl-shaped instrument. Like gongs, the metal versions of these instruments are constructed with a number of different metals and are pitched at one fundamental frequency. Unlike gongs however, these instruments are predominantly played with friction to sustain a drone (gongs can also be played with friction but it is less common to see this). Crystal singing bowls are constructed with the precision of machines and can be fine-tuned to an exact pitch and can resonate much louder than metal bowls. Due to this precision and material, crystal singing bowls have less overtone richness compared to metal bowls, however crystal bowls are typically louder than metal bowls.

Tamboura (also tanpura) is a string instrument tuned to a specific tonality and traditionally used to accompany the voice or a melodic instrument in the Indian Classical Music system. With overtones constantly shifting, the tamboura creates a mystical sounding drone over which all melodic and harmonic content is tuned to. Traditionally tuning (in the 7-note diatonic scale system) is 5 8 8 1 (where 1 is the fundamental, 5 is the fifth tone in the scale and 8 is the octave above the fundamental). Today the tamboura is one of the most recognizable sounds in drone music worldwide.

Shruti Box is a free-reed instrument, essentially a vibrating reed (like that of a harmonica) controlled by a hand pump. Like the tamboura, the drone is rich in character and is often found in many traditional Indian music forms.

Harmonium is a variation of the shruti box which features a piano-style keyboard. Each harmonium key is assigned to its own reed (or pair of reeds). This instrument is traditionally used to accompany Sanskrit mantra (chant) for the style of music known as kirtan or songs known as bhajans.

Drums are found in all cultures in some form or another and it is their ability to play tones rhythmically that gives pulse to music. The head of a drum is a vibrating membrane, and thus it drones at one consistent pitch as it is hit repeatedly. When a drum like a Native American frame drum is used shamanically, certain rhythms can entrance those who receive them.

Drone Flutes are usually constructed of two pipes, one a normal flute with 6-10 finger holes and the other a drone pipe with no finger holes. The sound of drone flutes is really special because with one instrument there is a wide range of melodic and harmonic possibilities.

Jaw Harp is a folk instrument found in many parts of the world which features a vibrating tongue and uses the player’s mouth as a resonator. This versatile instrument can be found in a wide variety of shapes, sizes, and materials.

There are so many other droning instruments that are outside the scope of this brief introduction. Reed instruments such as the Nadaswaram and Shennai (from south and north India) are often played by 4 or 5 players at a time to sustain a drone in place of the tamboura while a soloist plays melodically. Bagpipes have many droning tones to support a melodic element.

Lastly, the human voice is one of the most complex drones in existence. Most well known , Tuvan Throat Singing, Harmonic Overtone Singing. Those of us who have ever studied yoga, meditation, or other practices from India are familiar with perhaps the most well-known drone sound: OM. Try chanting OM at a single pitch for the full duration of your breath and you will feel what it is to practice the drone.

The didgeridoo is what first got us interested in drone music but now we know there is so much more. We hope you find the sound that speaks to you and share the gift of the drone with the world! 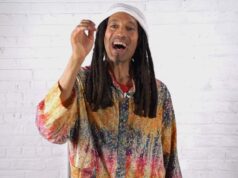 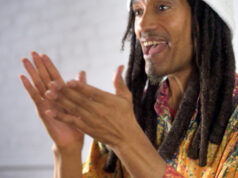 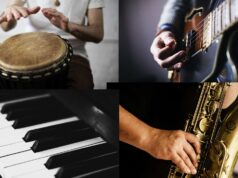