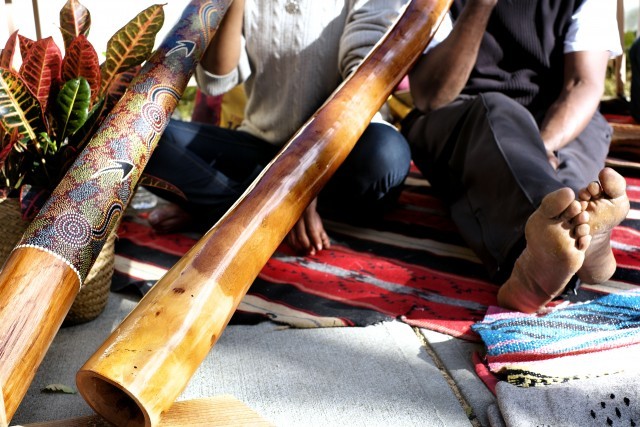 The treatment of sleep apnea is quite challenging because there is not a single treatment that works well for every patient. The didgeridoo has been used to treat sleep apnea and it has been shown to be effective in part because of strengthening of the pharyngeal muscles, which means the muscles of the throat, as well as the muscles of the tongue.

For the past six years we at Didge Project have been given the opportunity to work with many people with obstructive sleep apnea and have seen great results. Sleep apnea is a sleep disorder characterized by pauses in breathing or instances of shallow or infrequent breathing during sleep. According to the National Institute of Health, there are over 12 million Americans documented as having sleep apnea, and likely a great deal more in unreported cases. For our original article on didgeridoo for sleep apnea and the University of Zurich study, click here.

Based on the feedback we receive from our clients, some of whom have now played didgeridoo for multiple years, we have developed a system that focuses on strengthening the muscles of the throat and the back of the tongue, the same muscles that are attributed to obstructive sleep apnea.

My path to playing the didgeridoo began with difficulty staying asleep at night and low daytime energy. An overnight sleep study showed that I had sleep apnea. After two weeks of playing didgeridoo daily I became aware that I was sleeping much better. I believe that this was a combination of the strengthening of my throat muscles and the meditative state induced by the vibrations of the didgeridoo. Since then, about two years ago, I do not consider myself to have a sleep problem anymore. It is truly wonderful to no longer be living my life in a state of sleep deprivation.

After analyzing the video of my throat he said that didgeridoo playing is “clearly a great workout for the tongue and the muscles in the deep part of the throat. We can understand why working out these muscles, making them stronger, will help breathing at night, will help keep the airway open and prevent snoring and sleep apnea.” Dr. Stern showed us physically what we should be focusing on as we work with clients. We now apply certain wind-instrument techniques to treat sleep apnea and the results we see have improved significantly.

Here are The 5 Most Effective Practices To Treat Sleep Apnea With The Didgeridoo:

There are two types of practice patterns that I see in people who play didgeridoo. The first type is who resists playing the instrument but once he finally sits down with it he is able to play for over an hour on end. This is helpful in the initial stages of developing muscles tone and just familiarizing yourself with the instrument. However, I have seen that daily practice, for as little as 20 to 30 minutes, is much more effective. I have received multiple reports from my clients telling me that practicing daily for a set amount of time directly effects the quality of sleep on any given night. One client says that if he doesn’t play one day, his sleep that night will not be as good.

The quality of the didgeridoo sound is always important. Basic exercises such as lip buzzing, playing long tones on didgeridoo and playing overtones with the tongue are some of the key techniques to strengthen the muscles of the throat and the tongue.

Circular breathing is a wind instrument technique that allows the player to sustain a tone for an extended period of time. This is accomplished by storing air in the mouth (inflating the cheeks) and using this reservoir of air to inhale through the nose while air is still coming out the mouth. This technique is not necessary to treat sleep apnea, however, it will enhance the efficacy of the practice. By utilizing circular breathing a player can play for many minutes on end, resulting in longer engagement of the muscles of the throat and tongue and thus getting a better workout for this part of the body.

Exercising your vocal chords while playing didgeridoo, especially in the lower register, is an effective way to strengthen the muscles that collapse during sleep apnea. Similar to speech therapy for sleep apnea, using the voice in conjunction with the didgeridoo drone requires an extra layer of muscle engagement and

Trying to learn didgeridoo exclusively from videos is a difficult endeavor. Some people are capable of doing it, especially if they already have wind instrument experience. For most, we recommend meeting with a teacher regularly until the player can sustain a high-quality sound and apply some of the basic techniques. 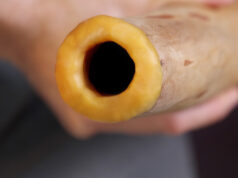 How To Add A Beeswax Didgeridoo Mouthpiece To Any Didgeridoo 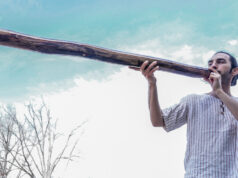 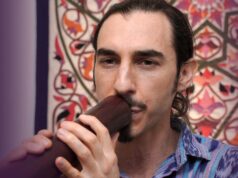 Enhance Your Didgeridoo Lip Buzzing With These Techniques