Manu Delago’s stellar hang playing, drumming, composition and production skills have brought him around the world numerous times. Collaborations include big name artists including Bjork, Anoushka Shankar, Shpongle, Cinematic Orchestra and more. In this interview, Manu shares some of the most important keys that allowed him to take his music to a higher level.

During the interview I asked Manu about his musical training and what his best teachers passed on to him. We also discussed how important it is to play with a metronome, how to learn to play dynamically, the benefits of collaboration, exploring different instruments and styles, composing music and more.

Manu Delago’s latest album, “Metromonk,” and many of his videos, recordings and tour dates can be found at http://www.ManuDelago.com

Music performances by Manu Delago featured in this interview: 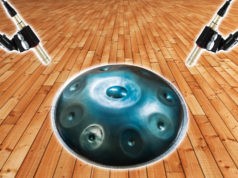