Welcome to The Tribal Rhythms Gathering, a camp-out retreat in the woods with musical masters in the fields of didgeridoo, percussion, Tuvan throat singing, traditional African rhythms, handpan, beatboxing, live looping, and much more. This year’s gathering will feature international artists: Nadishana (Siberia), Lewis Burns (Tubba-Gah Wiradjuri, Australia), Mikko Heikinpoika (Finland), along with Maestro Manuel Rufino (Taino, Dominican Republic), Kevin Nathaniel, Kaila Mullady, Mark Martin, Amit Bhomwick, Jacob Cole, and Dream Seed. Participants will experience the mastery and magic of world-renowned musicians such as Nadishana, who plays over 200 instruments, many of which he has invented along with the opportunity to experience a traditional healing sweat lodge with Taino elder, Maestro Manuel Rufino and hear the teachings and stories surrounding the didgeridoo as shared by aboriginal elder, Lewis Burns. Prepare yourself for a mesmerizing gathering of global culture, world-class music, workshops, and ancient shamanic wisdom.

Accomodations: There is camping available for free on site. Hotels are available 20-minutes away. All participants who are camping must provide their own tents, sleeping pads and sleeping bags. We will send you information on the nearest hotels as soon as you register.

Food: Vegetarian meals will be provided throughout the retreat. Meals include Thursday dinner, all meals for Friday and Saturday, and Sunday breakfast and lunch. We guarantee you will feel satisfied with quality food prepared by quality people.

Location: This event is being held on private land upstate New York (2 hours driving from New York City). The exact location will be given upon registration.

Arrival/Departure: Activities begin the night of Thursday, August 17 at 7pm with dinner and opening ceremony. Activities will end on Sunday, August 20 at 5pm.

Parking: Parking is available on site and we encourage carpooling as much as possible. Please let us know where you will be coming from and if you would be able to bring additional people in your vehicle.

Public Transportation: Shuttles can be arranged to and from the event site and nearby towns. We will send you the best transit options via email as soon as you register and will help you find the best option.

Ticket cost is $397 for a full event pass. This price includes meals, accomodations, workshops, sweat lodge, concerts and all activities Friday through Sunday. This price does not include the didgeridoo making workshop, details of which you will find below.

Ticket cost is $150 for a 1-day pass. This includes 3 meals and all event activities during a 24-hour period. 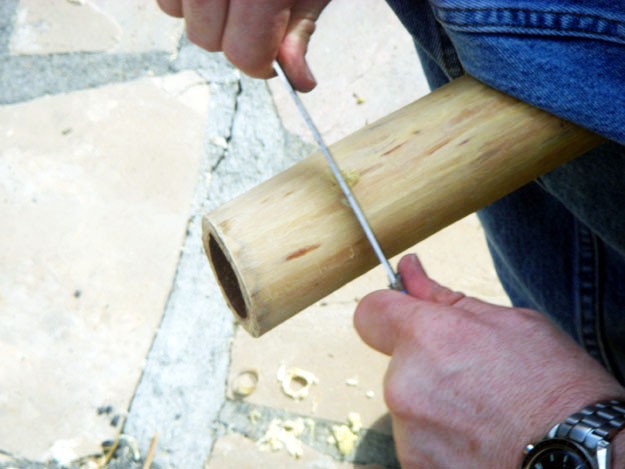 Join Lewis Burns in making your own didgeridoo from a Termite Hollowed Mallee Eucalyptus tree that comes from Australia. This workshop is limited to 5 people and costs an additional $347. Bring your own gloves!

Didgeridoo Making is limited to 5 participants! There will be other workshops happening concurrently for all other attendees.

Space is limited. Sign up now to reserve your spot!

Lewis Burns is a Tubba-Gah Wiradjuri man born and living in Dubbo, NSW Australia. He has been learning about his Aboriginal culture for as long as he can remember. He continues to practice and respect these life skills each day and still learns and grows from this ancient knowledge. Lewis’ love of his heritage is evident when you speak with him, and depicted even more in his Aboriginal crafts, traditional dancing, didgeridoo performances, mural paintings and teaching. He is very dedicated to sharing what he knows with others to help keep these customs alive. Lewis paints in traditional Aboriginal and contemporary styles. He has exhibited globally and performed globally with his handcrafted didgeridoos. Each piece of Lewis’ artwork tells a story…..a story that will live on forever through the generations, as the artwork is handed down from one family to another.

Maestro Manuel Rufino is a recognized elder in the Taino tradition and World Director of M.A.I.S.C. He is a spiritual guide, gifted ceremonial leader and teacher of sacred initiatic traditions of the world. Maestro Manuel is also an artist, certified iridologist, naturo-therapist, vegetarian chef & the visionary guiding the Golden Drum community and many vegetarian restaurants including Jungle Café in Brooklyn. Guided by his teacher, Maestro Domingo Dias Porta, Maestro Manuel has been following the trails of indigenous healing arts for over 40 years. Maestro Manuel travels around the world sharing initiatic traditions, leading workshops, lectures, sweat lodges and healing rituals.

In 2010 Maestro Manuel and a number of his students opened Golden Drum as a space for sacred traditions in New York City. Founded to give voice to the worldview of Native Americans, indigenous peoples and the esoteric schools, Golden Drum features living representatives and students of these great traditions.

Nadishana is a multi-instrumentalist, composer and sound designer from Siberia, who creates his own unique and innovative approach to world fusion music – the creative synthesis of different musical traditions of the world on the basis of contemporary technologies. He plays on more than 200 instruments of the world, including self-created ones.
He elaborated the unique playing technique on each of his instruments and his own approach to advanced digital audio editing called “sound microsurgery”.

In April 2008, the music of Nadishana was used for the choreography at The Bolshoi Theater (Moscow, Russia). In 2012, Kuckhermann-Nadishana Duo was invited to be the opening act for the Dead Can Dance concerts in Europe, Turkey, and Russia.

Mikko combines modern trip-hop, dub step rhythms, and cutting edge organic bass sounds combined with ancient ritual-like singing to create a unique mergence of archaic and futuristic music. Mikko has travelled through Tuva and Mongolia where he has taken part in various throat singing ceremonies with the world’s throat singing masters. In the Summer of 2015, he won third prize of the modern category in the style of the “Khoomey” at the Throat Singing Festival held in Tuva.

Kaila Mullady is a New York based performer – The 2015 World Beatbox Champion, the current America Vice Beatbox Champion, Loop station champion and three time, reigning Beatrhyme Champion. Kaila performs all over NYC and the country infusing beatboxing, singing, rapping, poetry and theater to push the boundaries of creativity and show just what the human instrument is capable of.

She is a multi-instrumentalist, using a RC 300 she is able to loop guitar, beatboxing and vocals to become a one woman band. One half of the Adventures of Kaila and the Kid and part of NYC’s premier freestyle comedy rap group North Coast, incorporating improv comedy and hip hop. Teaching workshops all across the country promoting reading, writing and finding your own soul music. Giving back to communities and volunteering is a big part of Kaila’s creative process.

Mark Martin (aka Mandibul) is a musician and an actor, and has been beatboxing since age 13, inspired by the Jazz, Rock, and Hip Hop music scene around him. He graduated from NYU in 2011 where he studied the linguistics of beatboxing, generating a body of work which informs the use of “beatrhyming” in Beat Rockers classrooms. In 2016, he became the American National Beatbox Champion.

Jacob Cole has been playing the drums since the age of 7 and studied percussion at Berklee College of Music. Jacob studied under Jamy Haddad, the percussionist for Paul Simon, who taught him the frame drum, udu, and kanjira. He has also studied with with tabla master, Ustad Zakir Hussain. Jacob is currently most known for his handpan music and world percussion blending. The handpan is a new generation of hand hammered steel instruments which came from the original inspiration called the Hang, invented in Switzerland in 2000. Handpans are now made all over the world, but they remain very rare.

Kevin Nathaniel Hylton graduated Yale University in 1982 as Scholar of the House for fine arts. He has since devoted himself to music – African music in particular. He performs on several traditional African instruments and builds them as well. He is founding member of four music groups, Spirit Ensemble, Heritage O P, Forestdance, and Kaleidhaphonic, all of which currently perform in NYC and internationally. Kevin is a known composer of African-inspired contemporary music. He writes songs, lyrics, poetry, and essays on music and instruments. He has composed and recorded for the audio version of Alice Walker’s Possessing the Secret of Joy, for the film Beloved, as well as several documentaries. His workshops and lecture/demos have been presented at Lincoln Center, Juilliard, University of Michigan, Wesleyan University, and several other institutions. In 2005 he and Hasan Bakr were commissioned by Carnegie Hall to write and direct the fall Family Concert titled “DIndinyaa”. With Symphony Space he has helped create a program for African music that visits NYC schools and produces a concert every December. As an advocate for African culture he has been called the “Johnny Appleseed” of the mbira because he has taught tens of thousands of people all over the world the art of mbira making and playing.

Amit is one of the top beatboxers in the United States, competing in the final rounds of the American Beatbox Championships in 2013, and winning the Midwest Beatbox Battle in 2012 and beating current Grand Beatbox Champion, Kenny Urban, in 2014 at the East Coast Beatbox Battle. Amit has since come together with the top beatboxers in the United States to create the Beatbox House, a beatbox collective based in New York City that tours the world competing, teaching, and blowing minds with the magic of beatboxing.

Aum Prakash has traveled the world(s) as a healer and musician spreading positive vibrations to raise consciousness and unite humanity. He brings together sacred world music, healing songs, and conscious hip hop to bridge the ancient and the modern, inspiring an awareness of the sacred and an embodiment of the ceremony. Aum is a student of Maestro Manuel Rufino and lives in Hawaii. Aside from making music, his passions are sacred healing arts and adventuring with his wife OmniLove and daughter Makani.

Tripp Dudley is a drummer, tabla player and percussionist based out of Brooklyn, NY.  His deep groove and virtuosity across multiple instruments have paved the way for his many journeys around the world with many different musicians.

At the age of 10 he started playing guitar, and not long after that he began playing classical percussion with his school band.  He soon learned how to play drum set and then started the all day playing sessions that would fill his life for many years to come.

At 20 Tripp began attending Berklee College of Music, specializing in drum set performance and frame drums. He quickly started studying Indian rhythmic systems which began a very big part of his future path through music.  At 22 he started playing tabla, which has been at the core of his musical practice ever since.

Tripp moved to New York City in 2007 to pursue his journey into the professional musical world.  During his years in New York, Tripp worked with musicians from many different genres – prog-rock/metal, hip hop, funk, jazz, singer-songwriter, Indian classical, many different world-fusion groups and even the occasional off-Broadway musical.  In 2009 he met his Guruji, tabla maestro Pandit Samir Chatterjee.

Tripp currently tours the world over with many different artists.  When not on tour he splits his time in the magical bustle of New York.  He remains a disciple of Pandit Samir Chatterjee.

ARKAWA (JUAN CARLOS AREVALO) is an indigenous multi-instrumentalist, producer, composer and arranger from the town of Pastos, Columbia. More than 25 years of exploration of ethnic music of the world serve as the foundation for Arkawa’s music. Mr. Arevalo has represented his country in international music competitions and at the World Championship of the Arts in Los Angeles, CA won Silver Medal for Best Original Work

Space is limited. Sign up now to reserve your spot! 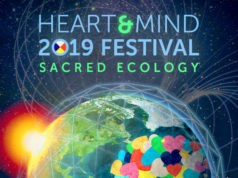 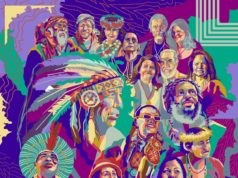 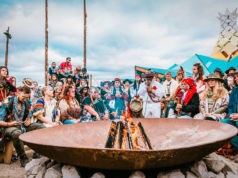 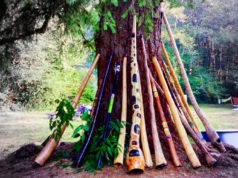