Looking to buy a didgeridoo but don’t know where to start? Today, we dive into all the major classes of didgeridoos that we deal with here at Didge Project. We will look at the relative cost, playability, portability, weight, pros, cons, and why each might work for you.

Let’s start by talking about Yucca and Agave Didgeridoos. The difference between yucca and agave, as far as didgeridoos go, is that the yuccas are slightly lighter. The agaves tend to be denser and potentially carry the vibration better. The yucca didgeridoos are our tried and true favorite for doing healing work because they’re so lightweight, and they sound incredible. They’re also very portable. One yucca didge probably weighs a pound and a half or two pounds. I could easily throw one in a soft bag and go for a hike with it. It’s not going to be any burden on my back or muscles to do healing work by moving around, playing over people, playing into their chests or into the crowns of their heads, or wherever I feel called to bring the vibrations. The price range is highly variable. They used to be very affordable. However, the price has gone up quite a bit recently. The ones we have for sale currently are priced at $595 each and I have seen agaves recently as high as $1000 apiece, so check around and see what’s out there. Both agave and yucca didgeridoos are excellent, lightweight, and great for healing work. Here at Didge Project we currently carry yucca didgeridoos made by Sam David made in the United States. You are also able to find yucca in places all around the world. Many makers in Mexico make agave didgeridoos.

Yucca and Agave Didgeridoos currently for sale at Didge Project:

Next up, we have a Eucalyptus Didgeridoo, and this thing is heavy! This is one of the heaviest woods you can get on a didgeridoo, and with that weight comes a great resonance of the sound. Yes, it’s harder to travel with, but the performance quality is incomparable because you’re getting that authentic Australian Aboriginal style sound. Traditionally, eucalyptus didgeridoos are hollowed out by termites. These tiny insects will eat out the inside of the tube, hollow it out, and then a didge-maker will open up the bell a little more by chiseling one side open for the mouthpiece. They will then put a beeswax mouthpiece on it. Many times, you’ll see them painted in all sorts of colors. They’ll use natural dyes and all kinds of pigments on the traditional ones.

The Meinl Sliced Pro Didgeridoo is the newest addition to our lineup of didgeridoos here at Didge Project, and I am super excited about this didgeridoo. It has all of the qualities of a hardwood didgeridoo in a very affordable package. This didge is heavy; it’s almost as serious as a eucalyptus didgeridoo of comparable size. The Meinl Sliced Pro Didgeridoo comes in at an impressive $200. As of March 2022, that price may have gone up if you are reading this later. That price cannot be beaten for a hardwood didgeridoo of this quality.  Another thing is that these didgeridoos come with a carrying case when you break them down, so it is only about the length of one of the pieces. You can break it down by unscrewing it in the middle.

Get a Meinl Sliced Pro Didgeridoo through Didge Project:

The next type of didgeridoo we’re going to talk about is Compact Travel Didgeridoos. We currently carry a wooden spiral didgeridoo, also called the Snake Didge. This is one of the best selling instruments in our store. I’ve seen a lot of different compacted didgeridoos, and this is one of our favorites. The pros are that it is small and effortless to travel with. The snake didge fits in a backpack or messenger bag. This fits under my arm. You can easily take it with you wherever you go. The cons are that the wound-up shape, specifically on the didgeridoo, makes the sound constricted. I’ve had a lot of fun playing this and other wound-up didges. These are also very affordable. This particular snake didge that we sell in our store is in the $135 range. If you’re going to go with the wound-up didge, this is one of the better ones on the market.

Get a compact didgeridoo through Didge Project:

This is the representative in our store of the affordable Plastic Didgeridoo. This is the best one I’ve seen out of all the plastic didgeridoos. If you’re looking for an entry-level didge, something you can use to learn how to play, and you don’t want to invest too much money, this is the one for you. This is a four-piece travel didge that screws apart. It fits in a tiny bag. The benefit of this one is that it plays fantastic when it’s fully extended. I’ve seen many single-piece didgeridoos for sale on Amazon and other online retailers, and I’ve played a bunch of them, and they do not play anywhere close to this. I think the tapered shape, the flared bell, and how it grows in diameter towards the bell help create a solid sound. This didge also plays in four keys: D, E, F, and F#. This gives you more flexibility. When I have new students learning to play, I tell them to put the whole thing together and play it on the lowest key, which is D. This didgeridoo comes in at $115. Yes, you can get a $50 didge or a $30 didge on Amazon, but it’s not going to play as well as this. This has an excellent complete base drone, and it sings well. If you want an affordable entry-level didge, this is the one that I recommend.

The Airdidge has revolutionized travel didgeridoos because it is the most lightweight didgeridoo out of anything we sell. This whole thing probably weighs a pound, maybe a pound and a half. It is just incredible how light it is. Not only that, but it folds up into a super compact shape when you are taking it with you. It’s about a foot long. It’s just mind-blowing. Not only that, but it plays well. There are a bunch of accessories that Airdidge has released that give it even more adaptability, the main one being the slide-in-tune adapter, which lets you play the Airdidge in almost any key. That means you can adapt it to playing with other musicians. You can harmonize with other drones and make them match different didgeridoos. You can play in the same keys that your friends are playing in. It’s just nice to have that slide element. You can also change the size of the mouthpiece to your preference. The Airdidge is a great invention that has only been out on the market for a few years. It prices at $395, so it’s not an entry-level budget instrument, but if you like to travel with a didgeridoo that is not going to weigh on your back at all, this is the top choice. As far as playability goes, it has an excellent response to the vocals and sitting in the drone.

Get an Airdidge through Didge Project:

Next up is the WoodSlide Didgeridoo. It plays in various keys. Based on its slide ability, you can even slide it while playing. It is a hardwood didgeridoo, so it is pretty heavy, but I have chosen this as my primary instrument for the last ten years. This instrument allows me to play with a high-quality sound and precisely tune in to the key that whatever group I am playing with is playing in. This particular didgeridoo plays from the key C at the bottom and goes up to F#. It has a range of about half an octave. I am not entirely sure what the price is now, but we will be bringing them to the Didge Project store soon. Suppose you are looking for a high-end performance instrument. In that case, this is one of the best options out there because it will give you that quality of sound and adaptability to get into any musical situation. This is my primary personal didgeridoo, and I have made many didgeridoo tutorials on YouTube and other social media platforms with this didge. I am also using the WoodSlide for almost any musical recording.

Though I didn’t cover them in the video, bamboo didgeridoos are viable instruments that play well with one MAJOR caveat: if they are not epoxy sealed, they will almost certainly crack, rendering them useless. The benefit of bamboo didgeridoos is that they are affordable, generally nicer than plastic (vibrationally speaking), and often require a beeswax mouthpiece. As of the writing of this article (in April 2022), none of the mass-produced bamboo didgeridoos on the market (including in any major retail stores) are epoxy coated.

BONUS: Best all-around microphone for recording and performing on didgeridoo

Many people ask me what the best didgeridoo microphone is. This is the microphone that I have been using to record every live performance and YouTube tutorial on the didgeridoo for many years. It is the Shure Beta 57a. It is similar to the Shure 57, a very popular microphone, except it has a slightly more directional pattern. The one I use has a more metallic finish on the body instead of the black body of the 57. This microphone is $150, and it is an excellent investment if you are going to perform or record didgeridoo.

Get our number 1 didgeridoo microphone:

In Summary: The Best Didgeridoo For You

Check out our online store to get a closer look at our didgeridoo selection. 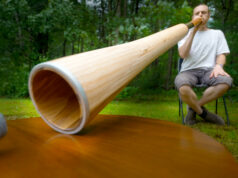 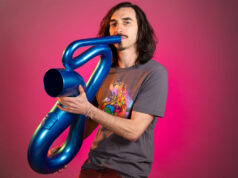 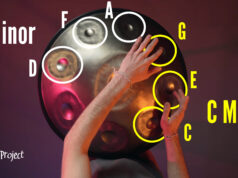